Check out our comprehensive list of live stream gigs happening across the globe.

Some of our favourite artists from right around the world are setting up their phone cameras and delivering homemade sets straight from their homes into ours.

With the number of online live performances increasing every day, we’ve pulled together some handy tips on how to find out what is going on, as well as bringing you some of our favourites that you might have missed (or, if we’re being truly honest, deserve bulk replays).

What makes these homemade gigs truly incredible is that they let us see these artists in a way we probably haven’t before – raw, stripped back, and vulnerable. It’s the kind of genuine human connection we are all longing for – and we can all enjoy it from more than 1.5 metres apart. 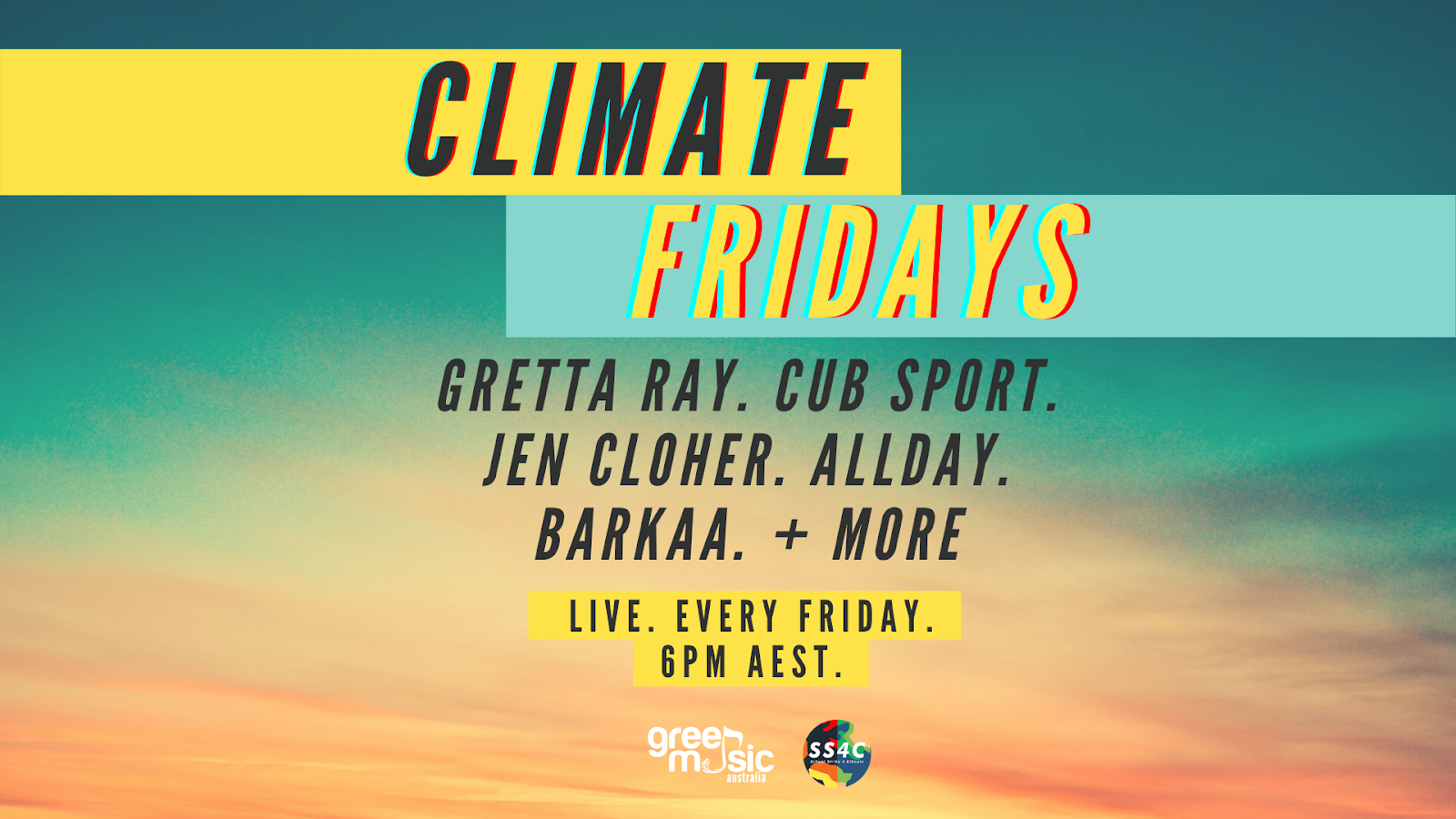 What: Live From The Commodore Ballroom
When: Friday 18 September @ 11am AEST
Where: Online

What: Live From The Commodore Ballroom
When: Sunday 27 September @ 11am AEST
Where: Online

What: Forum or Against Em Livestream
When: Saturday 3 October @ 7am AEST
Where: Online

What: An Online Solo Concert (again!)
When: Wednesday 7 October @ 12pm AEST
Where: Online

What: Dummy Live
When: Saturday 10 October @ 6am AEST
Where: Online

Tickets are on sale NOW!!!! Come join us for a very unique live streamed show at the Theatre Royal Haymarket in London on the 10th of October!!! Get ya tickets 👉🏼 https://t.co/qPqUBlHQEw pic.twitter.com/hxYgdY6xz8

What: At the Theatre Royal, London
When: Sunday 11 October @ 9pm AEST
Where: Online

What: Dummy Live
When: Sunday 11 October @ 6am AEST
Where: Online

What: Dummy Live
When: Monday 12 October @ 6am AEST
Where: Online

What: Live From The Commodore Ballroom
When: Friday 16 October @ 11am AEST
Where: Online

How to find the best live stream gigs

A heap of artists, venues, labels, organisations, and more have started turning to online live-streaming to bring their audiences together while we’re all social distancing.

A vast number of websites, social media platforms, artists, venues and record labels have been quick to turn to online live-streaming.

Where better to find out about your favourite artist’s live stream gigs than on their social media? If you don’t already, now is the time to get following on Instagram, Facebook, Twitter, and Youtube – that way you’ll be the first to know when the announcement happens. And even get a notification when the live stream happens. Thank you technology.

We’ve got a whole host of websites dedicated to keep everyone updated on the latest live stream gigs happening around the world. WhoNeeds.live and Stay At Home Festival, are both great comprehensive guides of live-stream events, and Live Nation has even set up their own Love of Livepage, packed with all their favourite artists.

This is just scratching the surface. Many more online live events are expected to appear over the coming weeks, with more and more announced each day.

Coachella: 20 Years in the Desert

A documentary feature two decades in the making, “Coachella: 20 Years in the Desert” opens up the vault for the very first time to present the legendary performances and behind-the-scenes stories that shaped the seminal music festival. The film provides a rare look at Coachella’s colourful beginning, presents exclusive, never-before-seen footage, interviews, and key performances from some of the biggest names in music. Produced and directed by Chris Perkel.

Our favourite queen Dolly Parton is diving into the live stream world with a fun little show called “Goodnight With Dolly”. Live on her Youtube channel, Dolly reads select Imagination Library books, all carefully chosen for their appropriate content at this moment in time. The first episode just aired, and we’ve got The Little Engine That Could off the shelf first. Perfect for a pre-bedtime listen!

While not a live stream exactly, if you got to live the joy of seeing The Boss take over Hanging Rock back in 2017 then this news will make your day. Frontier Touring have popped recordings of Bruce Springsteen’s set onto Spotify for our listening pleasure. ‘Badlands, ‘Two Hearts, ‘Wrecking Ball’, The River’, ‘Glory Days’, ‘Born To Run’, ‘Dancing In The Dark’ – it’s all there, all 1 hour and 52 minutes of it. Let the boss sing you through your stay in.

While we prepare for The National to make their way back to our shores, we can enjoy the D.A. Pennebaker and Chris Hegedus-directed film, The National – High Violet Live From Brooklyn Academy of Music (BAM). The live performance was shot on May 10, 2010 – the night before the release of the album.

NPR released their highly anticipated Tiny Desk Concert with British musician Harry Styles. If you haven’t already seen it, it is a very good way to spend 20 minutes.

Backed by his touring band, Styles performed several songs from his latest solo album, Fine Line. Between tracks, he talked about the process of writing these songs: From the day off in Nashville that led to “Watermelon Sugar,” to the feeling of lovesickness he tried to capture in “Adore You.” The camaraderie between the band was clear; and Styles was in on the joy, twirling in his seat between verses.

If you want a loungeroom boogie, look no further than Diplo’s suite of live-streamed gigs. When else will you get a chance to be this up close to one of the most in-demand international touring DJs. We’ve picked out his B2B with Dillon Francis, but there is a whole stack of goodies to keep you moving this week.

For more live-streams from across the world of entertainment, keep checking back here. Now is also the best time to engage with artists, labels and venues across social media.